The Latest Target of BDS: A Palestinian Rapper 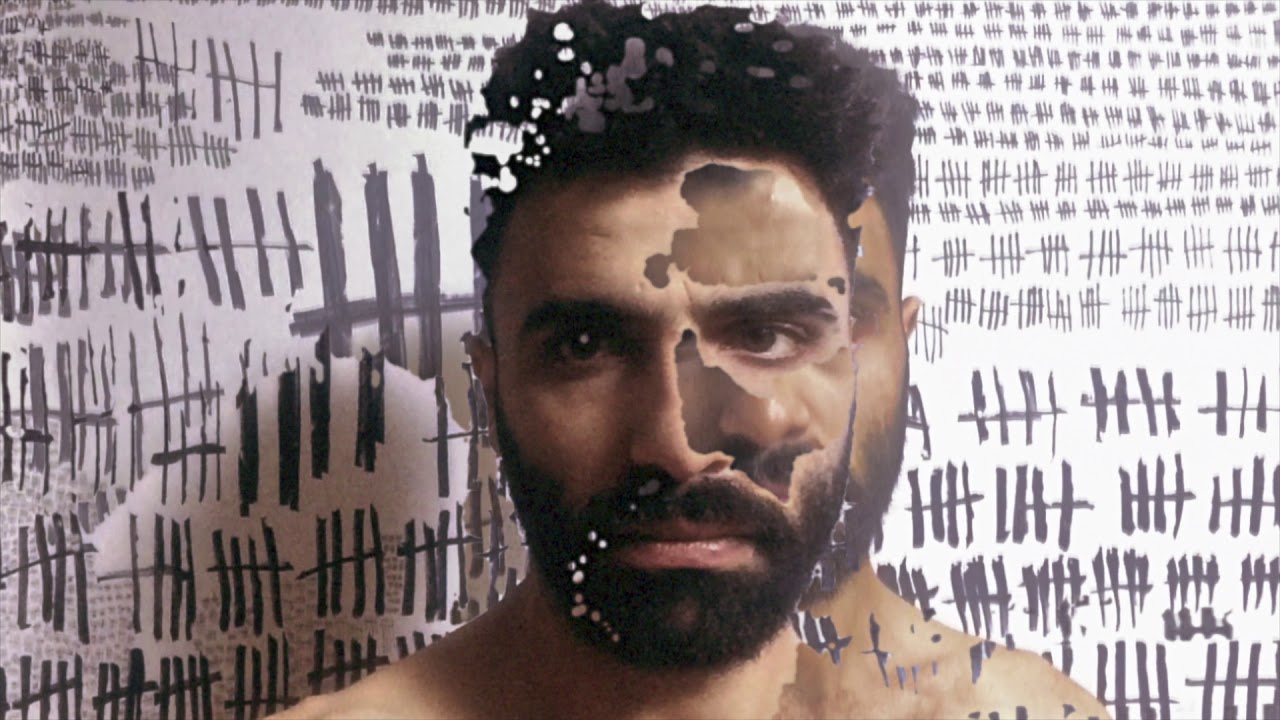 After Msallam Hdaib, an Amman-born rapper, performed in Haifa and Ramallah, the BDS called for boycotting him. Arab sources claim that this policy harms people living under oppression

The Boycott, Divestment and Sanctions movement does not forgive anyone’s mistakes. The boycott culture it has instated in recent years is not limited only to Israel but is affecting artists and musicians from the Arab and Palestinian world who try to stray from the fold as well. The verdict is known in advance to any artist who dares collaborate with Israel or perform in the West Bank. The result is the same: a general boycott with serious damage to one’s career.
The current victim of this uncompromising policy is the Palestinian-Jordanian rapper Msallam Hdaib, aka Emsallam. Hdaib has been scorned by BDS activists in the past and has apparently learned his lesson. Despite the anticipation of his Palestinian fans on both sides of the Green Line (1967 borders), Emsallam will not appear in Israel or anywhere in the West Bank in the near future.
“The persecution by BDS hurt him personally, and any further performance within the borders of Israel will cost him his career, wrecking everything he’s achieved so far,” says W., a source in Jordan’s music industry, in answer to my request to interview Emsallam ahead of his next round of performances, his first, in Arab countries. “Even if he wanted to, it wouldn’t happen, since it really would end his career.”
It all began in 2018, when Emsallam went against the current and performed in Haifa, as well as in the West Bank and the Golan Heights. His performances in Israel evoked the fury of BDS activists, who argued on the movement’s official Facebook page that such a move was worthy of a boycott by Palestinians and the Arab world, since he was normalizing relations with Israel. “Msallam Hdaib’s performances should be boycotted, with no one showing up,” they wrote, showcasing the kind of pressure they apply on Palestinian musicians in the Arab world to hinder them from taking part in normalizing relations with Israel. “Following attempts to deter Msallam from performing in territories occupied in 1948, he did not cancel his performances and did not express his commitment to abide by boycott instructions.” Since that incident, Emsallam continued to suffer from persecution by BDS activists. In his current tour, he has performed in Cairo, Beirut and Amman, but Haifa is no longer on the agenda.
Emsallam is not the first Arab musician to be targeted by BDS. Singer-composer Aziz Maraka, who performed in Kafr Yasif in 2019 and then interviewed by Haaretz, was subjected to a sweeping boycott in the Arab world. He hardly performs anymore, and his musical activity has been severely curtailed. In videos he published following the incidents Maraka claimed that the Haaretz reporter misquoted him throughout the article and casued him to be targeted as a result. But one of the reasons he was boycotted was the fact that he even spoke to an Israeli newspaper in the first place, regardless of what he said.
In contrast, Emsallam confronted BDS in the past, even posting criticism of the way BDS activists relate to Palestinian musicians who come to Israel or the West Bank, without checking exactly where their shows took place. “My aim is to break the political consensus upholding a cultural boycott which isolates Palestinians in the West Bank and in areas conquered in 1948 (i.e., Israel) because of the occupation,” he wrote.
The 30-year-old rapper was born in Amman, and grew up in neighborhood called Jabal Amman, in a family with many children. He began his career in music at the age of 14, focusing on hip-hop and creating visual art as well. In 2020, he completed a graduate degree in art at the Stroganov Academy of Design and Applied Arts in Moscow. After finishing his studies, he decided to remain in the Russian capital.
Emsallam has produced three albums so far and was the first rapper to introduce trap into Arab music. In his texts, he frequently deals with the occupation and the fate of Palestinian refugees. He opens a window onto the lives of the third and fourth generation of Palestinian refugees in Jordan, their struggle of living in poverty, their need to form a national identity and their longing for self-realization that does not conform to the national narrative.
Emsallam speaks in a Jordanian dialect of Arabic, mixed with Palestinian words. His texts include many terms and concepts which are unfamiliar outside the worlds of the West Bank towns of Hebron and Jenin, adding to them cultural symbols from countries from all over the region. In his song “Because of that”, he incorporates the sounds of the Iraqi drum, common in Iraq and Syria, activating the nostalgia glands of young people who have emigrated or fled from these countries.

British MP: bill to outlaw BDS will be presented 'in coming months'