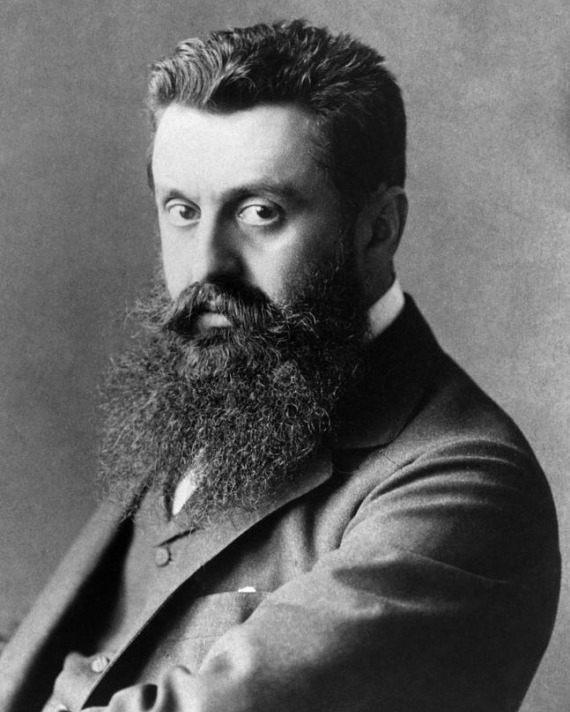 · Herzl was an Austro-Hungarian Jewish journalist but was also known as a playwright, writer and political activist considered to be the father of political Zionism.

· Herzl established the first Zionist Congress in 1897 leading to the formation of the World Zionist Organisation with the aim of forming a Jewish homeland in Palestine.

· Regardless of his death in 1904, Herzl is also considered to be the father of the State of Israel

· Following a year of legal studies in 1878, Herzl turned to Journalism, working in both Austria and France until 1892. It was in this capacity that Herzl reported on the Dreyfus Affair (the wrongful conviction of a Jewish French artillery officer, Alfred Dreyfus, charged with treason due to his Jewish ancestry).

· Herzl was significantly impacted by this event as a secular Jew at the time and was exposed to the true nature of the unrelenting persecution facing Jews in society.

· This led Herzl to commence his political career with the publication of his pamphlet - The Jewish State: An Attempt at a Modern Solution of the Jewish Question. This essentially stated that this ongoing persecution and oppression of Jews wouldn’t destroy Judaism but would instead strengthen Jewish identity. However, since he concluded that full Jewish assimilation into society was impossible, Herzl highlighted the need for the establishment of a Jewish homeland.

· In an attempt to achieve this desire, Herzl organized the first Zionist Congress in Basel in 1897, which led to the establishment of the World Zionist Organisation of which Herzl was president until his death in 1904.

· Herzl spent his later years negotiating with the Turks who maintained control over Palestine, however, these negotiations were stagnant since Turkey were not willing to facilitate this mass immigration without restrictions.

· Herzl’s ambition was received well by the British who offered territory in Uganda to the Zionists but the 7th Zionist Congress in 1905 ultimately rendered this an unviable option.

· During proposals for the Uganda plan in 1904, Herzl fell seriously ill and passed away before the plan’s rejection in 1905.

· Herzl was then buried in Vienna, however, according to his wishes, his remains were transferred to Jerusalem and was buried on Mount Herzl in 1949.