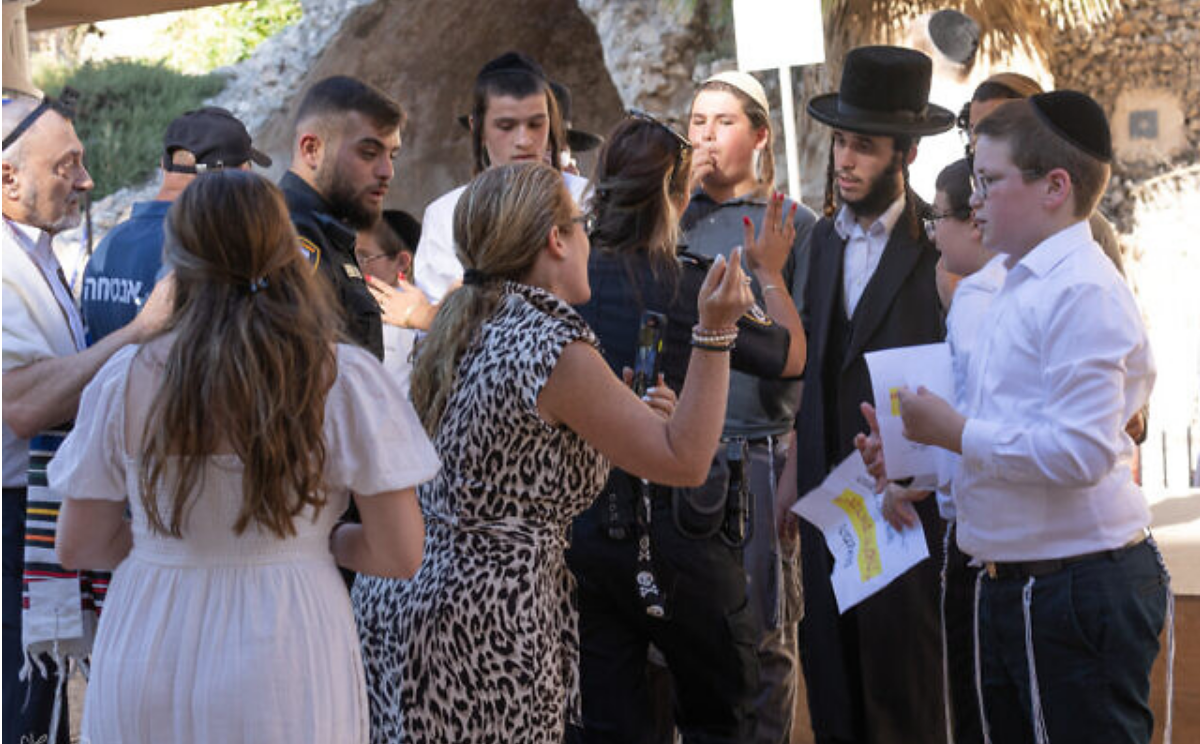 Source: The Times of Israel

The rabbi of the Western Wall spoke out on Thursday against violence at the holy site but appeared to blame “all sides” for the issue, a week after ultra-Orthodox extremists overran the egalitarian plaza of the site, disrupting services.

In his statement, which was issued in English, Rabbi Shmuel Rabinovitch denounced the youths who disrupted prayer services in the egalitarian section but also appeared to criticize the Women of the Wall, a feminist group that holds female-led prayer services at the Western Wall.

“The verbal and occasional physical violence that erupts among those coming to pray at the Western Wall, stemming from various extremist groups, desecrates G-d’s name, creates chasms between people, and harms the holiness of the site that unites the Jewish nation and world Jewry,” Rabinovitch said.

“I call upon all sides to remove disputes and demonstrations from this sacred site and preserve the Western Wall as a holy and unifying site in the spirit of Jewish heritage and tradition,” he added.

Last Thursday, several dozen Orthodox men and boys entered the egalitarian section of the Western Wall, an area south of the main plaza also known as Robinson’s Arch, equipped with whistles and signs, as a number of families from the United States were holding bar mitzvah ceremonies for their children there.

The youths attempted to disrupt the services, blowing the whistles, calling the worshipers “Nazis” and “animals,” and at one point ripping up a prayer book. One boy used a torn page from the prayer book to wipe his nose.

Rabinovitch’s belated denunciation came after the rabbi met with Jonathon Greenblatt, CEO of the Anti-Defamation League, on Wednesday. Greenblatt tweeted that he expressed “great concern” to Rabinovitch over the assault on the service.

Also on Thursday, the heads of the American Reform and Conservative Movements appealed to Prime Minister Yair Lapid to increase security at the egalitarian section of the wall to implement the long-stalled Western Wall compromise, which would give non-Orthodox Jews representation and official status in the management of the holy site.

“We are aware of the complex political situation. But we believe this time presents an opportunity for Tikkun (repair). It is time to begin a new era, which will start to repair the grave injustice which has been occurring on a daily basis at the Wall towards liberal Jews,” wrote Rabbi Rick Jacobs, head of the Union for Reform Judaism, and Rabbi Jacob Blumenthal, head of the United Synagogue of Conservative Judaism.

The two called on Lapid to instruct police to intervene to prevent violent disruptions at the egalitarian section; to ensure that the area remains open to mixed-gender prayer; to fix the facilities at the site to allow worshipers to reach the stones of the Wall; and to make representatives of the movements the official managers of the site.

After a week of silence, Lapid condemned the incident on Wednesday only after being asked about the issue by a reporter while on a diplomatic visit to France.

“I am against all violence at the Western Wall against people who want to pray as their faith allows them. This cannot continue,” Lapid said, speaking to reporters in Paris following a meeting with French President Emmanuel Macron.

Police officers were at the scene last Thursday but largely refrained from intervening, save for when there were overt acts of violence against the worshipers. No arrests were made.

Many of those present at the prayer services said they were shocked by the police inaction that day and expressed disappointment at most Israeli politicians’ disregard for the incident.

Jerusalem, City of a Billion Hearts