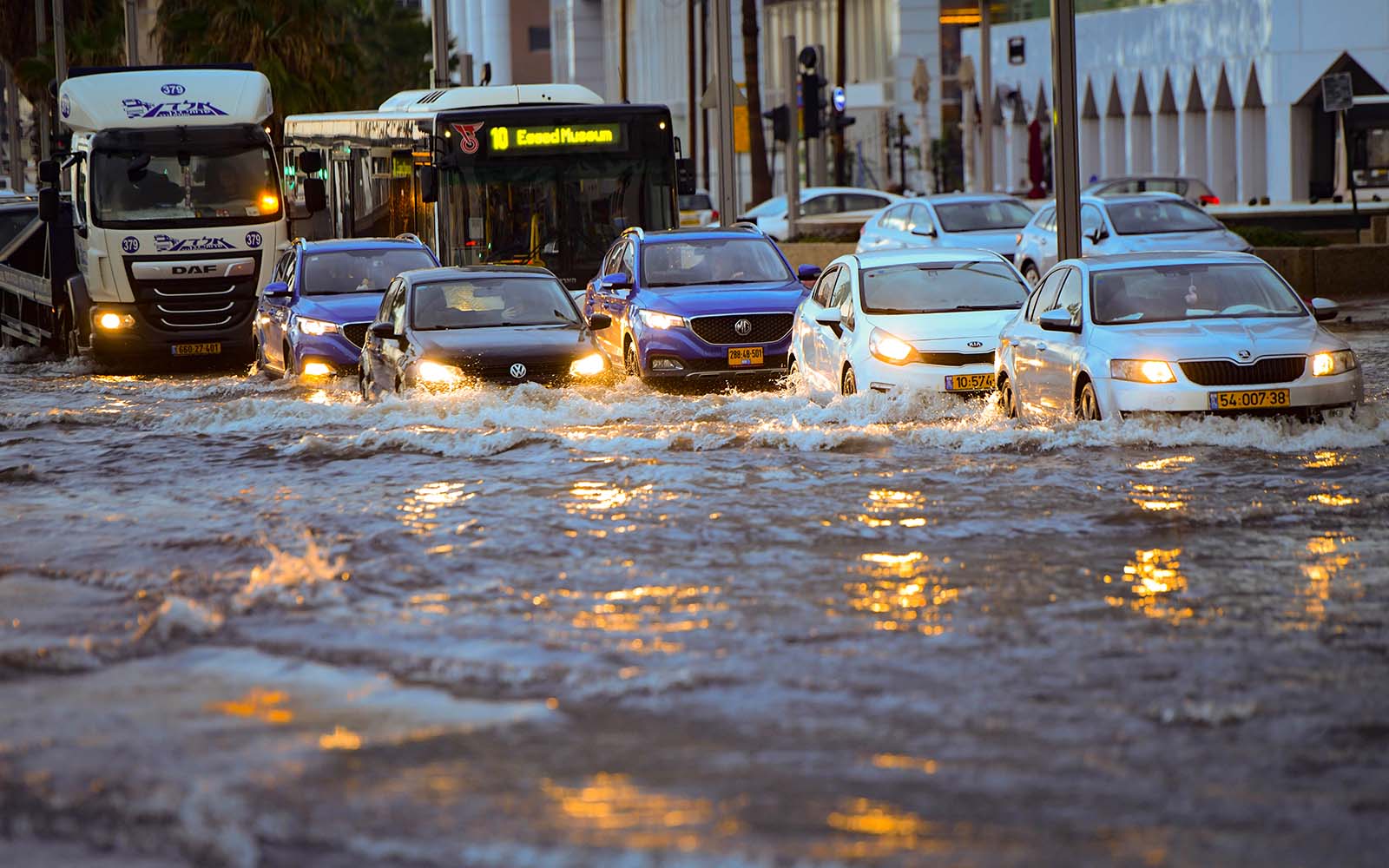 At the same time, the weather system subsided somewhat a day after it blew into the region and wreaked severe damage, bringing down trees and causing at least one death.

Rains tapered off Tuesday but were expected to pick back up again in the center of the country and the north, with some fears of flooding, especially along the coast. The heaviest damage on Tuesday was in the north of the country.

Among Tuesday’s weather-related incidents were:

Around 25 centimeters (10 inches) of snow had fallen on Mount Hermon in the north, the Walla news site reported. The surface level of the Sea of Galilee rose by 2 centimeters (0.8 inches).

The storm is expected to continue Wednesday, with rains in the north and on the coast, including some thunderstorms, and below average temperatures.

While chilly temperatures will remain throughout the week, only scattered showers are predicted for Thursday and Friday before sunny skies return on Saturday.

On Monday, the storm wreaked havoc across the country, bringing down trees and electrical poles, sparking fires, bringing widespread flooding, and causing at least one deadly car crash.

At least one death from a car crash and several injuries were blamed on the storm’s walloping rains and wind Monday.

A man who was hit by a falling tree in Netanya Monday remained hospitalized in serious condition on Tuesday.

The weather was blamed for the death of a homeless man died of hypothermia in Tel Aviv on Saturday as the forefront of the storm made landfall.

Preparations for the storm began Sunday with emergency services gearing up for various rescue tasks, while local authorities prepared backup generators and trimmed vegetation near powerlines to prevent cuts when the storm made landfall.

Police and fire services warned the public to refrain from unnecessary travel during the storm. They also urged Israelis to avoid underground parking garages and other areas that could experience flooding, given expectations of up to 150 millimeters (nearly 6 inches) of rain in some locations.