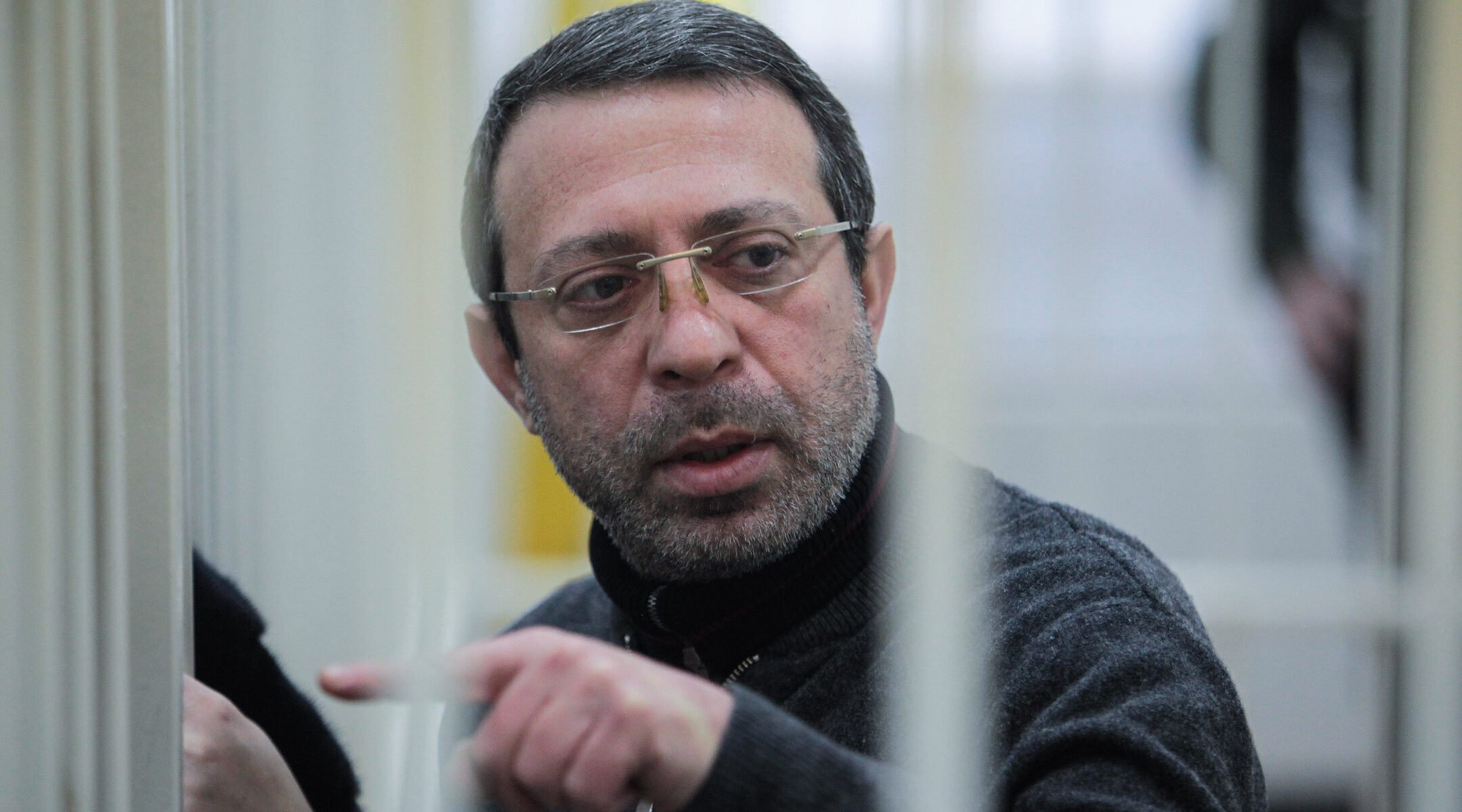 JTA — Three powerful and prominent Jews in Ukraine appear to have had their citizenship stripped as their long-simmering conflict with President Volodymyr Zelensky has reached a boiling point amid the war with Russia.

Last week, Zelensky reportedly either revoked or took steps to revoke the Ukrainian citizenship of two of the country’s best known oligarchs, Igor Kolomoisky and Hennadiy Korban, as well as that of Vadim Rabinovich, a former tycoon turned opposition lawmaker.

The three men are among the wealthiest Jews in Ukraine, and the official reason for the move appears to be that they hold foreign citizenship — including in Israel. Dual citizenship is technically illegal in Ukraine but is widely tolerated in practice.

Several alternate theories are also circulating, including that Zelensky is purging oligarchs with checkered pasts in an effort to prove to the United States and other Western countries that Ukraine has no tolerance for corruption.

What is clear is that three of the most influential Jews in Ukraine, including two who have been instrumental in funding Jewish infrastructure projects, especially in the Chabad-Lubavitch stronghold of Dnipro, appear no longer to be welcome in their native land. Korban has already been denied entrance into Ukraine at a border crossing and had his Ukrainian passport confiscated, according to Ukrainian media reports.

It is also clear that the decision is generating rare pushback for Zelensky, Ukraine’s Jewish president who is widely seen as a hero for standing up to Russia.

The citizenship revocations have “revealed a colossal institutional problem that has now upset a really huge number of people,” Borys Filatov, the (non-Jewish) mayor of the strategically important city of Dnipro has said, referencing hundreds of thousands of people with dual nationalities in Ukraine.

Filatov, who is an ally of Korban, added that some Jews from Dnipro with Israeli citizenship are considering leaving following the move. Approached by the Jewish Telegraphic Agency for comment on this claim, the city’s rabbi, Shmuel Kaminezki, declined to comment; a source in Dnipro told JTA recently that about half of the city’s Jews had already left since the start of the war. At least 8,000 Ukrainians with Israeli citizenship were living in Ukraine when the war broke out, according to the Israeli embassy in Kyiv.

“No one has the right to violate the constitution, even if you have a halo glowing around your head and you feel like a god,” Zoya Kazanzhi, a prominent Ukrainian journalist, said in an interview with the NV news site earlier this week. She characterized the move as “political revenge.”

The move comes as Zelensky reportedly is cracking down on Ukrainians who may be cooperating with Russia. But Kolomoisky, Korban and Rabinovich all have strong patriotic credentials.

Instead, at least part of the long-simmering internal conflict is believed to be about power more than ideology. Since his election in 2019, Zelensky has continued the anti-oligarch reform started by his predecessor Petro Poroshenko in a bid to loosen Kolomoisky’s grip on the economy, media and other centers of power. That move surprised some because Kolomoisky had been among Zelensky’s top backers and had returned from a self-imposed exile in Israel only after Zelensky was elected in 2019.

Kolomoisky, Korban and Rabinovitch all have also faced allegations of mass-scale corruption both in court and beyond.